Stew is delicious until it’s scorched and burned; then, it becomes distasteful, unpalatable, and even repugnant. We have the privilege of free speech in America, yet depending on we use this freedom, it can become like a spoiled disgusting stew. We have instituted anti-bullying rules at schools (with thousands of people who have advocated for it), yet bullying is all over social media.

In public, sometimes, people are attacked verbally and physically by the way they look, without even speaking a word. Censorship is rising to unbelievable heights, on the news as well as on social media. If you don’t believe like me; if you don’t uphold the same cause; if you aren’t of the same political affiliation; if you own your home, have gone to college, have your own business; if you like/dislike what the president is accomplishing; if you advocate for the unborn; if you want to keep a gun to protect your family; if you stand up for good police officers; if you don’t kneel for criminals; if you love and worship God; if you love this great country’s flag and the land it represents; for heaven’s sake–these views somehow give someone the right to call you names, cuss you out, or beat you to a pulp. The list is endless, for Pete’s sake!

It’s like you can’t say a word without being accused of something. “Friends” in the social media world become offended. Accusations sling and bullseye–you’ve become a bigot, a racist, white-privileged, deplorable, crazy, insensitive, offensive, or an extremist. You are even unfriended, and hated. Don’t get me started on the vulgar cuss words slung in your face (some people ought to have their mouths scrubbed out with soap!)

Some people skip the relationship, leap at any idea that sounds plausible (whether true or false), jump to conclusions, and run off at the mouth. Even people who should know your character turn on a dime, let you have it, and how! For example, a student of mine from years ago, commented on a a post I had on my page. Within his comment, he used a vile word with an asterisk for the vowel. I do not use words like that and do not want them on my page. I asked him politely to remove the curse word. He said it was the epidemy of white privilege for me to ask that. Really?

What has happened to our society that we can no longer afford to listen to each other and dialogue without offense and contempt? I hope that you will read this poem below and find yourself somewhere in it. Wherever we are in the mix, we all have something that needs fixing inside ourselves. We all fall short of the glory of God.

I say, throw off offense like the wretched cockroach it is. Let’s speak as though our grandparents or pastors are listening to every word. God is. Please, let us treat each other how we want to be treated. Listen to other’s points of view without suspicion, contempt, or argumentative intent. Ponder, agree, or disagree. Maybe we even agree to disagree—May we not enjoy playing on the devil’s playground where sin abounds. Sin may seem fun, but it has a ripple effect that the current takes and spins into a hurricane wreaking havoc. It kills relationships and causes hatred to flourish until trust is gone, and our hope in humanity is lost. Ferret out faithful, friendly feelings, facilitation, and farce, to ferry, folks, for folly and fear-mongering freak-out frustrated fellows! Just a clue to what you will find below.

We’ll never know this conversation.
It was strange, to say the least.
Karen and Queenie were kind and quiet.
While Harriet was a beast!

We all have a right to have a voice.
But listen more than you speak.
Unspoken words also need hearing.
From the timid and the weak.

Just because you can say it,
It doesn’t mean you should.
Kindness slows angered tongues
Try this, if you would.

If you can’t say something nice
Don’t say anything at all
More people would like you
Be nice, and you’ll walk tall. 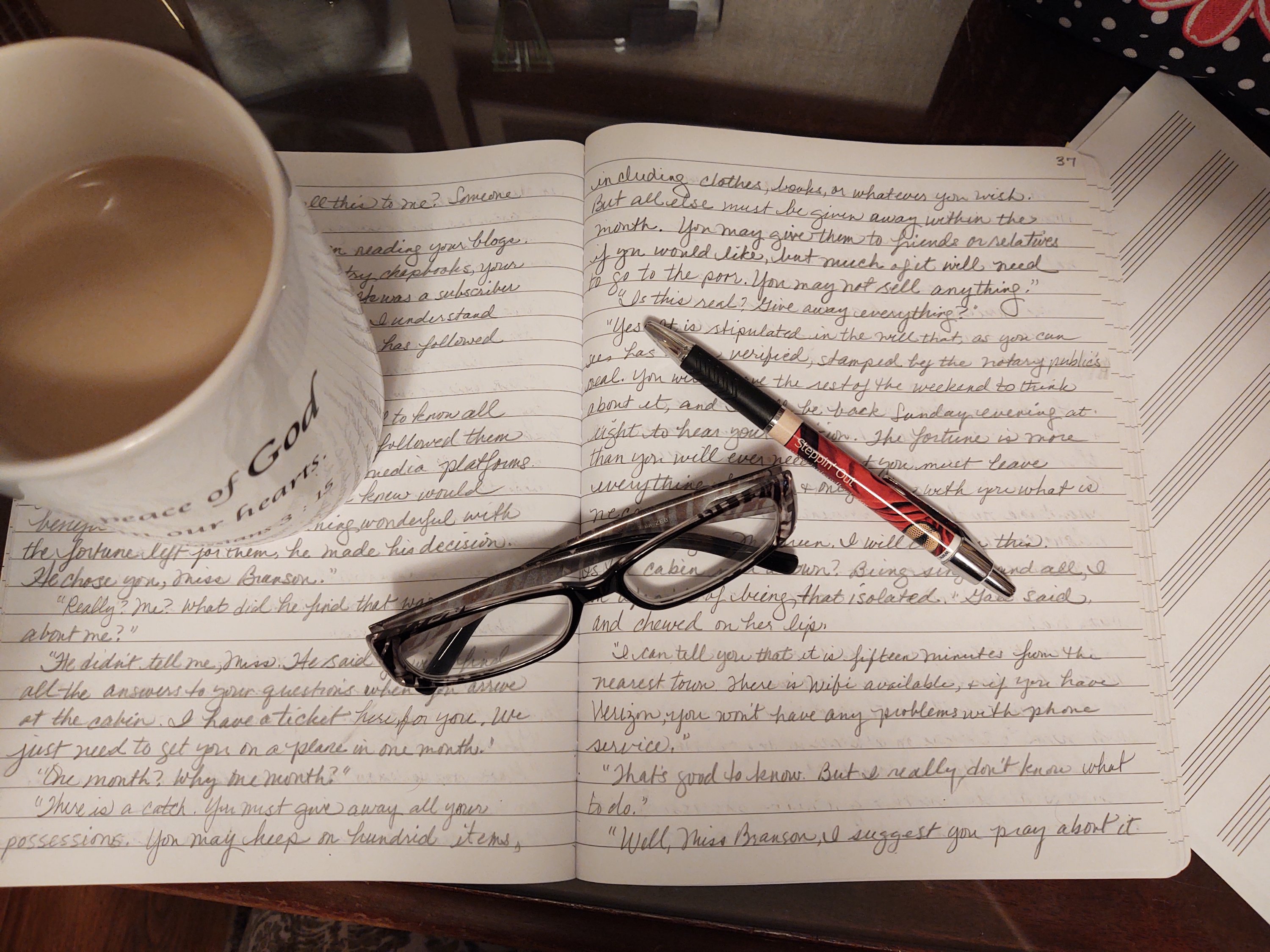 Help me stay pepped up with a cup of coffee!

Help put pep in the step of this starving musician/poet/wannabe author/blogger in donating to her coffee fund. :) Having a large cup every morning is so helpful :-)